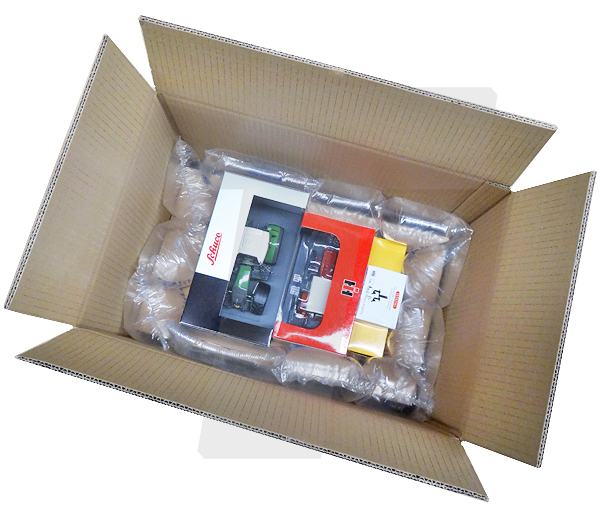 Never has WIKING had such a highly detailed hay-bale trailer that can be used for transporting both round and rectangular bales. With a robust, metal chassis true to the original, the precision model makers have created a solid basis for the hay-bale trailer. Draw bar, frame, platform and the front and rear load restraints are metal. The draw bar has a trailer coupling that enables the trailer to be connected to power tractors and to trucks.

To achieve better usability, the draw bar can be moved horizontally from right to left. And, of course, a core function can also be simulated, with the frame at the front and rear being easily pulled out to extend the load area as required. While WIKING only uses a push-in connector, the original had to be secured with a bolt. The angle of the front and rear load restraints can be adjusted according to whether the load comprises round or rectangular bales. In no time at all they can be laid down flat on the load area if there is an empty load. WIKING has naturally fitted the loading vehicle with tyres and wheel rims that match those of the original, and equipped the trailer with fine, miniature hose connections along the entire chassis. The bumper has inserted rear lamps. Eight rectangular bales are included with the model, and the load can be complemented with the additional rectangular bales, round bales and round bales in silage film that are already available as accessories in the shops to simulate a lifelike load.